The chair of the Santa Clarita Valley Democrats released the following statement after a jury decided that Kyle Rittenhouse was not guilty of the fatal shooting of two protestors and injuring of another last summer in Kenosha, Wisconsin:

“It is an absolute travesty to see our justice system not only defend the loss of the lives of people exercising their right to protest, but to also witness a number of GOP officials celebrate Rittenhouse as a hero,” said Andrew Taban, Chair of the Santa Clarita Valley Democrats. “The trial verdict and actions of GOP elites send a dangerous message to the American people that armed vigilantes can use the violence they instigate to justify and dodge accountability for murder.”

“The trial verdict demonstrates the urgency of the work that still must be done to ensure our justice system is capable of truly delivering justice for all, and we’ll continue to support local organizations who are working towards that goal,” said Taban. “We encourage our fellow community members to join us in uplifting the work of local organizers, activists, and volunteers fighting to ensure our institutions fulfill their democratic promises.” 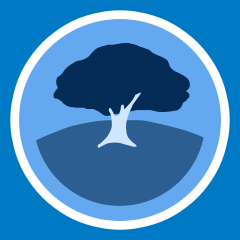