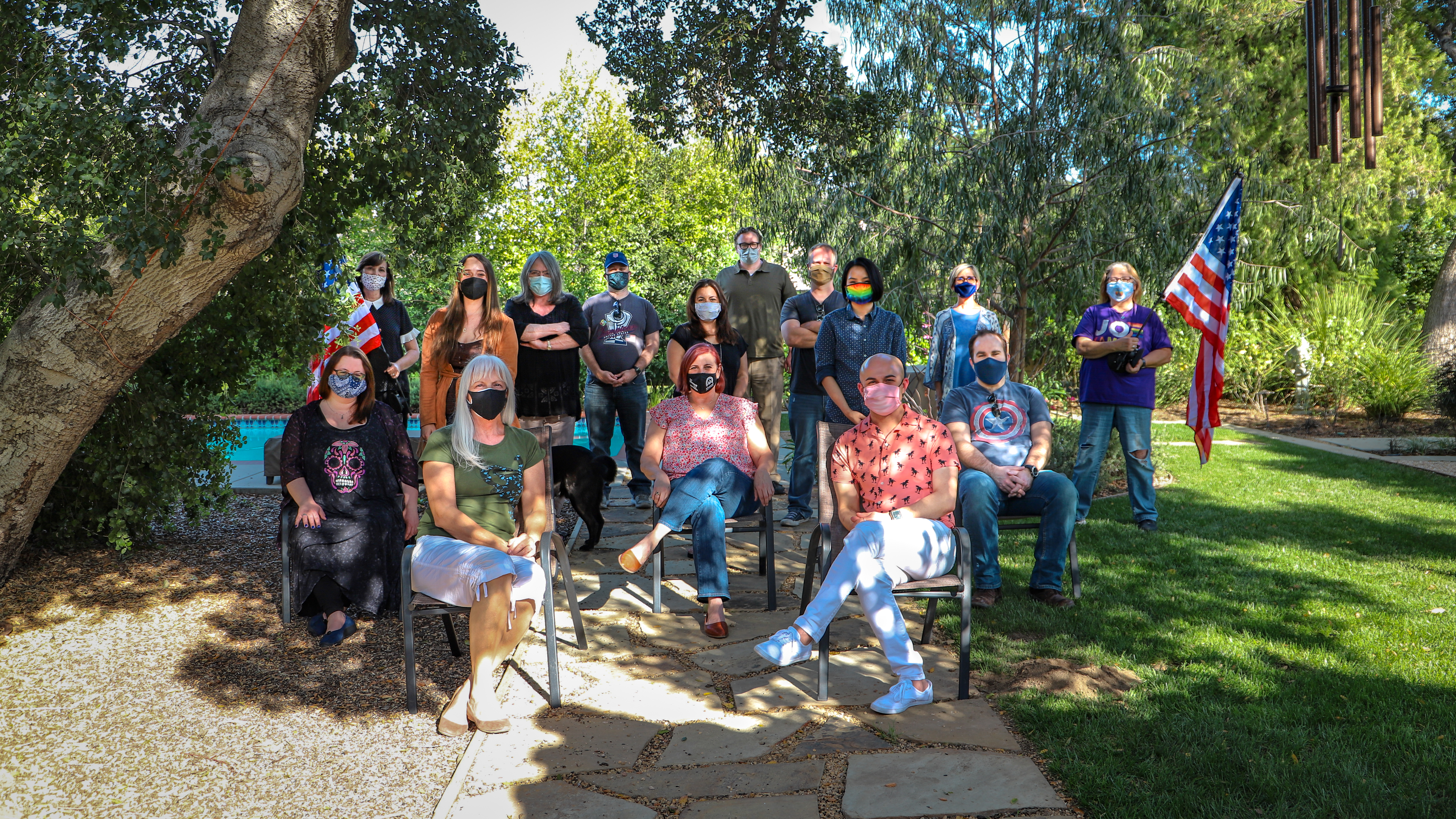 Andrew Taban (he/him) is an advocate for education and social justice. As a first-generation American and proud Californian, he believes that every individual should be given the opportunity to reach their true potential.

Jackie Thomas is a 35-year resident of Santa Clarita and has long believed in the importance of civic engagement. She organizes across the 25th Congressional District and values the contribution of each volunteer willing to put in the effort to support Democratic candidates and values.

Board Member & Director of Membership

Gina Kaufman was born and raised in Los Angeles and the San Fernando Valley, and she has been a resident of Santa Clarita Valley for over 20 years. She is passionate about keeping abortion safe and legal for all women regardless of where they live and acceptance of LGBTQ+ community through politics and policy.

Board Member & Director of Social Media and Public Relations

Mai Nguyen Do is a Saugus local, researcher, educator, and campaign strategist with experience in field organizing, digital organizing and fundraising, and issue advocacy.

Kat Walker (she/her) has worked as a Speech Language Pathologist for over two decades. She is also a full-time working mother of two school-age children and a gun violence prevention activist.

As an educator and a proud member of the LGBTQ+ community, Rachelle is passionate about equity in education, mental health advocacy, environmental sustainability, and Medicare for All.

Board Member & Director of Technology

Brett Haddoak is a lifelong SCV resident who is passionate about serving the community that he loves. A software engineer and technologist, Brett is currently working with the City of Santa Clarita on the House SCV project to ensure no Santa Claritan goes without a roof over their head.

Chitra Rameswaram was born in Sri Lanka, then lived in London and Toronto before finally settling in SCV 20 years ago. She owns a bookkeeping and accounting firm and has long-lasting business relationships with clients in the 661 and beyond. Chitra wants to help make SCV as awesome as it can be.

Juliana Sheldon is an educator, district administrator, grassroots volunteer, and badass baker. She has lived in Santa Clarita for over 30 years, raised three daughters here, and taught elementary school in Canyon Country for 20 years. For the past 10 years she has been the Induction Coordinator for the Walnut Valley Consortium, where she supports new teachers.

Lynette Jackson has lived in Santa Clarita since 2016. She’s spent her career working with incarcerated people in Cleveland, at-risk juvenile offenders in Phoenix, and other people including those experiencing homelessness and domestic abuse survivors. Now that her husband has retired from the military, Lynette is focusing on making positive change right here in SCV.

Chad has been a volunteer and activist in his community for almost a decade. Originally raised in a small agricultural town in Ventura County, he moved to Santa Clarita in 2007. During the day, he works for a large ad agency in West LA and leverages his background in communications and technology to advance progressive causes.